For an action adventure thriller like No Man’s Land with special operative character Russell Carter, a former the biggest challenge is to avoid creating cardboard cut out villains. 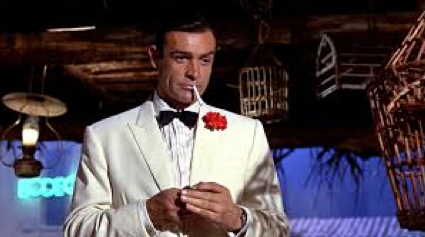 Or as James Bond succinctly put it in Dr No – ‘World domination. Same old dream. Our asylums are full of people who think they’re Naploeon. Or God.’

The right opponent creates tension, conflict and drama. He or she puts pressure on the main character and brings out the best and worst in them. The main character is only as good as the people they face.

In classic stories, there are invariably a number of opponents. Each attacks the main character in different ways, including the love interest. The key to making the love story work is to create good reasons why two people should get together and equally compelling reasons pulling them apart.

In No Man’s Land, Erina Wing, Russell Carter’s partner, is the one woman he can’t live with or without. When he meets up with her in the novel, he recognises that she is a far tougher opponent than the three heavily armed fanatics who just attacked him in the surf.

For an action adventure thriller like No Man’s Land with a highly capable main character, the main antagonists are invariably ruthless killers.

For such a story to work, the opponents need to be motivated by a coherent value system, which they fervently believe justifies their extreme actions.

Such opponents need to be also extremely powerful and committed like one of my favourite opponents, the Terminator.

As one of the characters says in the film, ‘That Terminator is out there. It can’t be reasoned with, it can’t be bargained with. It doesn’t feel pity of remorse or fear and it absolutely will not stop, ever, until you are dead.’

I discovered the essence of my main opponent while sitting in a second hand bookshop/café in the Sydney suburb of Randwick waiting for my partner Kathleen Allen, who played a large part in the creation of No Man’s Land. 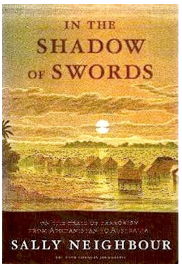 When she’d finished perusing the shelves, she sat down opposite me and said, ‘What’s got you so excited?’

I held up the award-winning book I’d been reading, In the Shadow of Swords by Australian journalist Sally Neighbour, whichtold the story behind the Bali bombings.

For Australians, what happened in Bali in 2002 and 2005 remains etched in our collective psyche. The violence and hatred of the jihadists was worlds away from the ‘island paradise’ that hundreds of thousands of Australians and people from all over the world visit every year.

I began reading her a proclamation from Abu Bakar Bashir, the ideological godfather of Jamaah Islamiyah, the group responsible for the bombings. 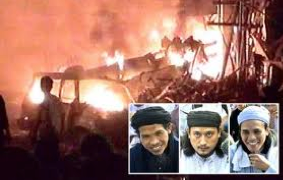 “We would rather die than follow that which you worship,’ he said. ‘We reject all of your beliefs, all of your ideologies, all of your teachings on social issues, economics or beliefs. Between you and us there will always be a ravine of hate. We will be enemies until you follow God’s law.

“There is no nobler life than to die as a martyr for jihad. None. The highest deed in Islam is Jihad. If we commit to Jihad, we can neglect other deeds, even fasting and prayer. You must be at the front, die as martyrs and all your sins will be forgiven.“

Indonesia is Australia’s next-door neighbour. With over two hundred million people, ninety five per cent of who follow Islam, it has the world’s largest Muslim population. Only a tiny fraction need to be radicalised to pose a threat both internally and externally.

As a fiction writer and former journalist, I started asking myself ‘what if an Indonesian terrorist cell targeted the Australian mainland? What might happen? Why not Sydney?’

God’s will and spirituality v religion

While the thriller No Man’s Land is primarily written as an entertaining page-turner, I wanted the story to take the main character and reader on an emotional and spiritual journey as well, as all good classic stories do.

At the start of No Man’s Land, Russell Carter has lost his faith and is going through the motions of living. The surf is his church, the one place he finds solace and the world makes sense.

Over the course of the story, he rediscovers his spiritual code. It becomes very simple – accept what is, help others and do the next right thing regardless of circumstances.

I also wanted No Man’s Land to explore the difference between religion and spirituality and provide a balanced view of Islam. The vast majority of Muslims abhor what the extremists do and are the ones most affected by their actions.

One devout Muslim in No Man’s Land, Djoran the Sufi, practices a very evolved form of Islamic spirituality. He plays a critical role in the story’s climax and has a profound impact on Carter. 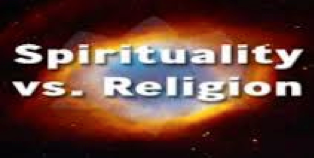 For him, true jihad is not about killing in the name of God. Rather it calls for people to rid themselves of whatever separates them from their creator, including fear, arrogance, resentment, dishonesty, greed and selfishness.

According to Djoran, for a person to truly live he or she must experience the death of the human ego.

‘Death,’ he says, ‘reveals what is important and what is not. By embracing death and its lessons during life, we can live with greater purpose. That is why we Sufis say, ”Die before you die.”’

Thrillers such as No Man’s Land are primarily written to entertain. But because the action and opponents are so intense, the main characters are forced to plumb depths within themselves that most of us can only imagine.

Postscript. When I was writing tNo Man’s Land no one seemed concerned about a local terrorist threat to Australia.  Now it is all over the news.

Life is imitating the thriller.